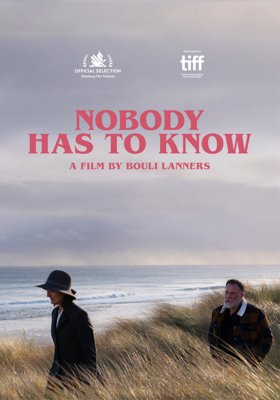 Nobody Has to Know

Festival favorite Bouli Lanners and Michelle Fairley (Game of Thrones are exceedingly convincing in this bitter-sweet romance about a surprise meeting between two outsiders on an isolated Scottish island.
Belgian Bouli Lanners (Ultranova, GFF 2006; Eldorado, GFF 2009; The Giants, GFF 2012) stands for the script, direction and the male leading role in this tender drama about Phil, a stranger with a murky past that for unclear reasons has recently settled down on the little, wind-swept island. He is hit with a stroke and returns from the hospital with memory loss, and does not recognize the local odd-one-out Millie (Fairley) who claims that they have a secret relationship. With beautiful Scottish vistas, a perfect soundtrack and first-class acting, we are told a moving romantic tale of two fifty-somethings who get an unexpected chance to choose love.